Hi! What is the reason of such distortion, it looks like a melting picture, blowing down.
Can’t upload video here, attaching a sequence of shots of what it looks like.
it appears randomly and does not depend on network or server load.
Sometimes for a long time a great image, sometimes such interference on different cameras.
I have cameras from different manufacturers, in different resolutions and bitrates, it doesn’t depend on that either 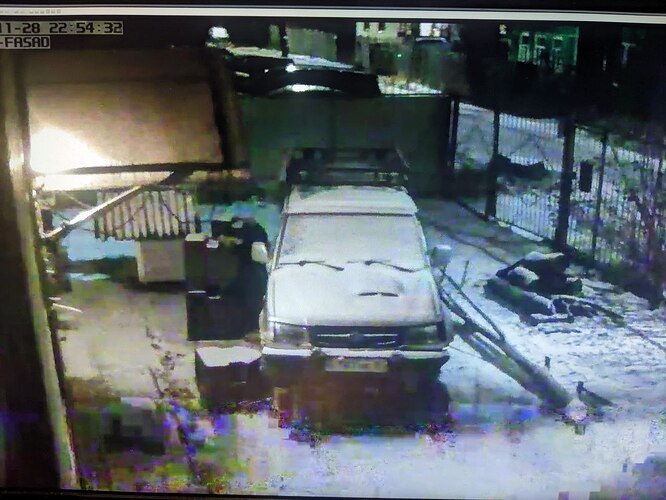 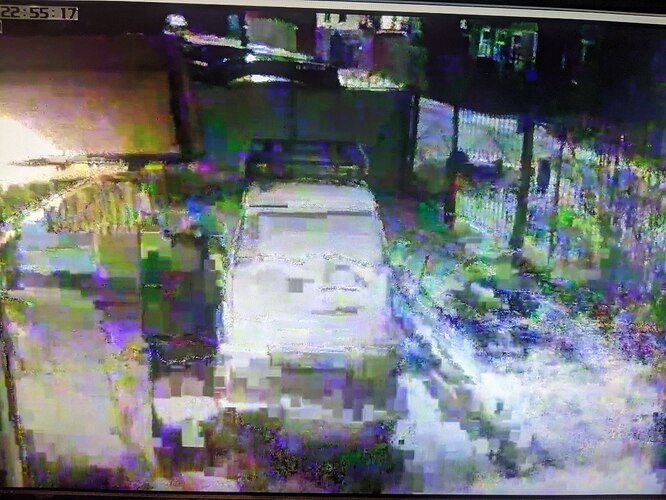 I’m no expert on video, but I’m pretty good on networking, and this looks like network issues to me. UDP streams have to arrive without error or things will get whacky at the point the error occurred (the top of the frame looks fine), and will remain so until the next successful full frame. At the nearest point to the server where all of the cameras having the issue share a network path, hook up a computer and run iPerf in UDP mode from the Bluecherry server (using the far end as the source) to check for throughput, jitter, latency, and most importantly lost packets. You also might be able to mitigate this by sending more key frames, but that’s a band-aid. iPerf is free and you can run it on Linux or Windows. If you find an issue, work your way back toward the server to find where the problem disappears, which would indicate the next-in-line device as the culprit (or cabling / other layer-1 issues).

I’m no expert either, but it actually looks more like what happens when the video chip (GPU) gets too hot. I’ve seen things like that happen before. If you aren’t using GPU decoding, then it’s likely that your CPU can’t handle everything you’re throwing at it.

Try changing your video decoding (vaapi) settings and see if it makes any difference.

Are you by any chance using BlueCherry in a VM or docker container? There are extra considerations to enable vaapi if so. No matter what, if you aren’t using an intel CPU with built-in graphics, vaapi won’t work in bluecherry.

I agree it seems like a networking issue. Are the cameras wired or wireless?

Hello,
Yes I also agree, appears to be network. I have 18 cameras in use and all are set for continuous record and have not experienced that effect on any of mine. I have several generic Chinese IP cameras from Amazon. As Curtis asked, are these wired or wireless. All of mine are wired. I have an extensive background in Networking. No matter what anyone wants to tell you, WiFi is not all what it is cracked up to be. You have to be sure there is no overlapping channels with neighbors and things. If you cameras are both wired and wireless, try it on wired / Ethernet when you can. My logic with WiFi cameras, they still need power, less they have a real good solar option with them. So the WiFi camera still needs power and you have to get power to them, so for myself and my logic, I just run the POE through the Ethernet wire, and have all of mine wired Ethernet. (If you rent or can’t run extra wires I can understand wireless being your only choice. You might need or want to update your wireless router or access point if it is a few years old. There are just to many variables when trouble shooting Wireless issues. Again is it just one or two cameras or all of them when it does have the issue? Best of luck, sorry I don’t have any further ideas at this time to suggest. There was also a freeware program that would show you the WIFI and the bands and channels. Can’t think of its name off hand. But in my profession I have found issues where I had to change the channel an Access point was running on.